It tastes and looks like Naan, but it is not nor does it take that much time and effort. Its like a breeze. So what am I talking about? Yup, you are right. Talking about Kulchas. Kulchas are North Indian flat breads - originated from Punjab. They are especially enjoyed with choley (Spicy Chickpeas).

So what exactly is the difference between Naan and Kulcha? The ones that I know of is the obvious ones that- Naan is made of yeast while Kulcha make use of only baking powder and baking soda for its preparation.- Naans are usually oblong in shape while Kulchas are round.Both are made in Tandoor (earthern clay oven which enhances the taste of the bread) but Kulchas can be made on the stove top too. When you dont have Tandoor at home, you can make both Naan and kulchas in the oven. I made my Kulchas in the broiler but I have also shown how to make them in the stove top too.

Mix all the ingredients for the filling in a bowl until blended and set aside. 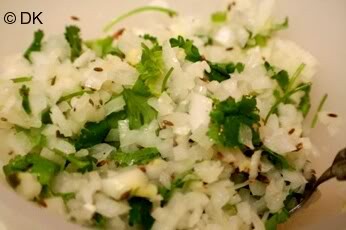 .Mix all the ingredients for the dough, add water if needed to make it into a soft dough.Set aside for at least 1-2 hours. Then divide the dough into small pieces and make rounds of each them. Roll it out into a small circle with the help of a rolling pin, just like you would do with Roti’s or Parathas. 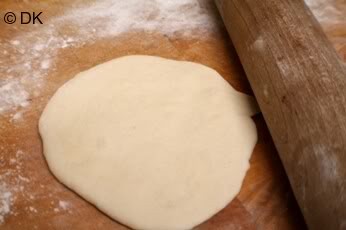 Now place little filling in the center of the rolled out dough and bring all the sides up to enclose the filling. Press it down. 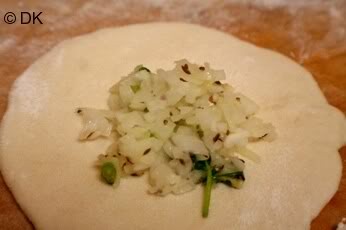 Now roll it down softly into a circle. 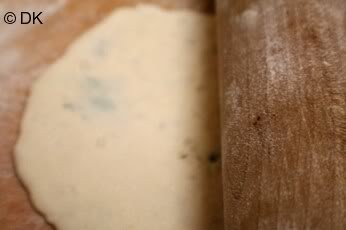 Set the setting of your oven to broiler. once hot, place this rolled out Kulcha into a baking pan and push it into the broiler for 2-3 min until the top is browned. 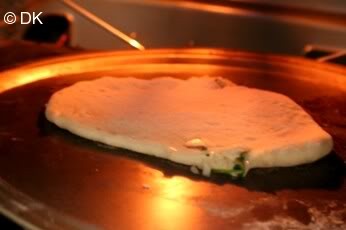 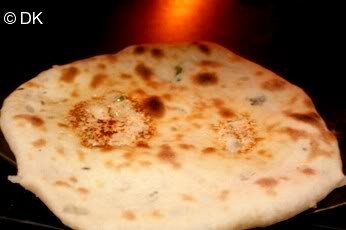 For Stove top method : This follows the normal method just the same way you would do for your roti’s. Heat a pan in your stove in med-high flame and place the Kulcha. Pour down little ghee/butter/oil on all the sides of the Kulcha and cook for 3-4 min. 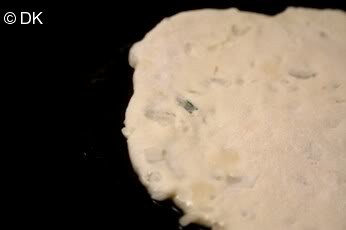 Turn when brown spots start appearing on the surface of the bottom end. Do the same for the other side.Serve hot with butter melting on top and Choley at the side. Yum!:) 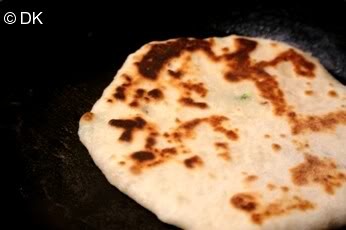 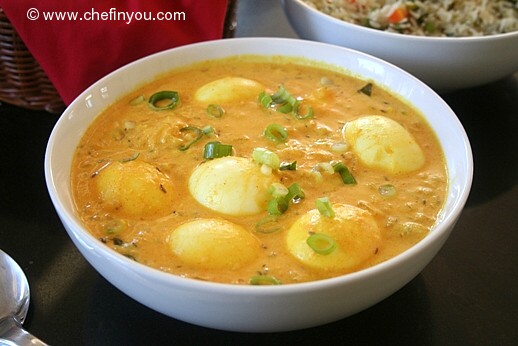 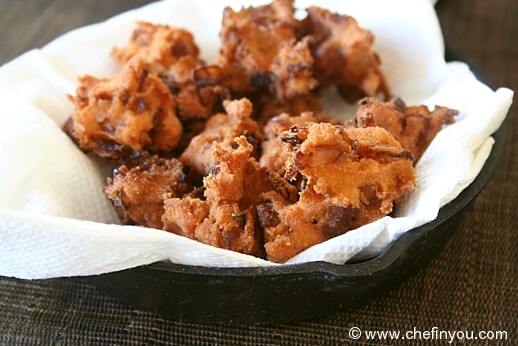 Saffron-Rosemary-Onion-Garlic Focaccia By DK on Mar 24, 2010 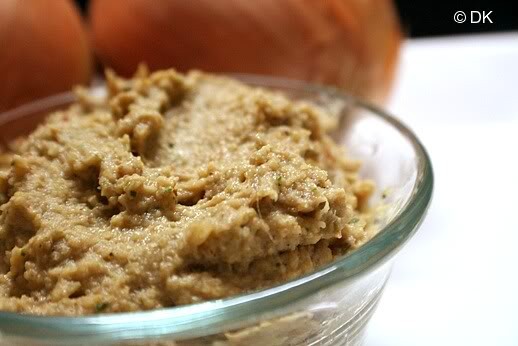 I just finished making them. This is my third recipe for a kulcha. These taste awesome, unfortunately they are not kulcha in the true sense. They are tandoori parantha. They don't have the same cakey or bread like texture like a kulcha.

They in fact do taste very spongy. I guess I should update this post with better instructions if it did not turn that likewise for you. Thanks for the feedback. --DK

Hi, They are so yummy, I want to make them for my child birthday party.can u tell me the best Way to keep them hot.

This looks delicious. I'm going to be experimenting with a roti version. I just learned to make roti from my mom the proper way and I wanted to see if I could stuff them too like these kulchas. Thanks for the recipe!

If you use a pizza stone, you will save the step of turning over the kulcha under the broiler.

Can i use whole wheat flour instead of All purpose flour?

Thats nice..really mouth watering but it is still different than what are available in Indian market... I tried baking the maida with yeast dough but could not recreate that taste in Kulcha which we get with matar chole in market.. It would be great if you know how to do it and share the recipe.

respected mam i have an OTG but i do not know how to use broiler . can u plz help me in this matter?

I do not own an OTG hence I have no idea other than to give you some resource from the net. But you can post this question to my Facebook forum where many members own an OTG. They might be able to answer your query. http://www.facebook.com/ChefInYou. Hope you find the answers :) --DK

Hi DK - thanks so much for this, I made it last night and it was really wonderful. Will be coming back to your site soon for more recipes, you have a great selection and make cooking Indian food look easy. Thanks again for sharing!

Thank you Yesica...I am glad to note that you liked the kulchas....I appreciate your comment..

Nothing is better than fresh kulchas topped with butter/ghee!

Yummy kulchas..I am just loving this theme of yours..so many recipes which I never thought one could make at home..;-)

& These too along with the Naan.. bookmarked.

Amazing and perfect kulchas, Dhivi! Jamuns by mail sounds like a disaster waiting to happen, girl! You are most welcome to come over anytime and I'll make some specially for you. :)

wowowo, this looks so perfect, with the melted butter.
hey i did all the linking stuff for the RM, did u get my email, i am excited tobe added to the race.let me know what i need to do next

i never knew the difference between kulchaas and naan..now i know thanks to u :)..they have come out perfect DK...would love a couple of thm with some nice gravy:)

They look great DK. First I was so happy to read that yeast is not required to make Kulchas. But I'm seeing yogurt in the recipe, hope it did not taste sour! My naans were sour when I used yogurt.

fabulous! what wouldn't I do to get these! yummy!

This is heavenly for sure.

Thanks for the introduction to yet another flat bread. I am definitely going to try this but with a little twist :)

Have never known the diff between naan and kulcha..Looks easier than naan to prepare..Nice one!

This is my fav flat bread, DK. I always order this in Restaurants.
Looks so good, thanks for the recipe.

Never had kulchas at home..Thanks for the detail explanation Dhivya..

So nice DK,I too did not know trhe diff b/w Kulcha and Naan.Thanks and thanks .Th pics are amazing

I too make kulchas but make it with equal half's of maida and atta.

DK, hats off to you:) This is turned out too good:) I love Onion kulchas:) You have presented it well:)

Awesome parathas that too with butter .. im drolling over it ....

Always prefer kulchaas to naan,coz the naan served here in restaurants are so rubbery and stiff,that if u keep it in open for half an hour,u can PELT people with those stone like hard Naans ;-)
Onions kulchaas are he one ,i have heard a lot abt but never tried or tasted.So wud surely love to try my hand at these
Thnks for sharing !

Thats a lovely recipe Divya.Glad to see ur marathon.

may be next time I will join u girls.

Yum Yum..love them with channa masala...pics makes me hungry Dk...

This looks so delicious and the butter makes it evenmore appealing

Looks yummy with that melting butter on top.

wow they looks so nice with butter