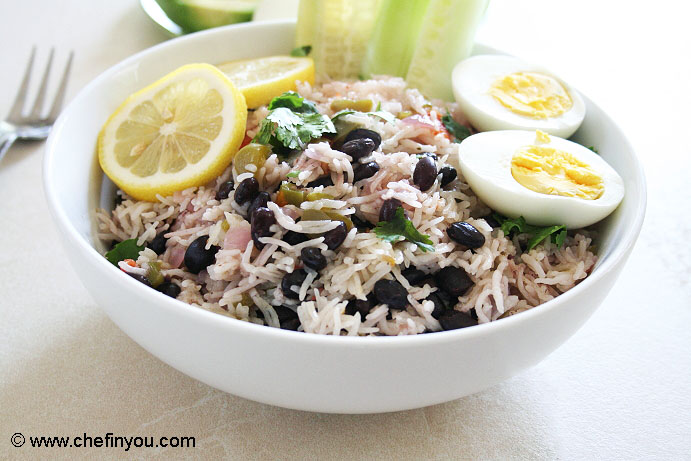 Making lunchboxes can be stressful when you don't have a plan. I pack both snack and lunchboxes for my little one and husband every day and it becomes crucial that I have a plan in place for the week for a stress free morning. When you aim to prepare a balanced meal, a routine cereal/toast breakfast doesn't cut it.  But how do you ensure you manage nutritional balance without feeling like you spent your whole day in the kitchen?  Not many have either the time or inclination to be a home cook in our current world scenario. The amount of time I spend in my kitchen on a day to day basis ( breakfast/mid morning snack/lunch/tea time snack/dinner) is less than 30 minutes. Maximum 45 minutes if I am chopping lots of veggies since my mindset hasn't progressed to prepping them beforehand. While planning ahead did shorten my kitchen time, with OPOS©, I find its become drastically shorter. Combined with my menu plan, pantry staples and my weekend prepping, I find I am able to breeze through (most) weeks guilt free. 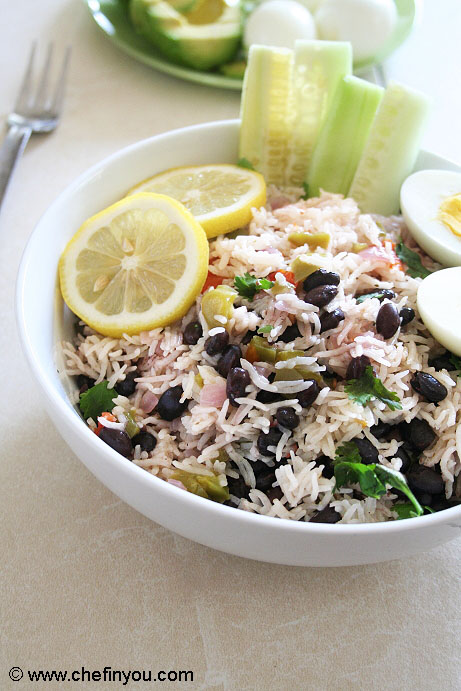 Cuisines around the world come together on my menu sheet enabling not only variety but also ease by bringing all good things in a meal. Take this Cuban dish for example. Legumes and rice provide complete protein. Moros Y Cristianos  is a cuban version of the popular combo of rice and beans. It has an interesting origin. Wiki explains:

"Moros y cristianos means “Moors and Christians”. "Moors" refers to the black beans, and "Christians" to the white rice. The name of the dish is a reference to the African Muslim governance (early 8th century) of the Iberian Peninsula and subsequent Reconquista (15th century) in which Spanish Christians led by wealthy families in the north of Spain forced the Moors from the south of Spain into Africa."

Like any dish with the basic integrity in place (sofrito, black beans and rice), variations abound. Most version include cooking the rice in the water where the beans were boiled. I did not have it on hand having used it as a stock for some other dish hence just used the black beans. On average, the cooking time is around 45 minutes inspite of using already cooked beans. With OPOS, this takes about 8 minutes - making it a great lunchbox option!
Ingredients
Tips
1. Tomatoes: Instead of tomatoes you can use 1 tbsp tomato paste.

2. Vinegar: The vinegar adds a complimentary acidic flavor which brightens up this dish. Its optional. Since my tomatoes were tart/acidic enough, I have skipped them in this recipe. I tend to add the vinegar towards the end while fluffing the rice and let the flavors mingle for a while before serving. You can also use red wine vinegar instead.
Method
1. Wash and soak the rice for at least 15-20min. 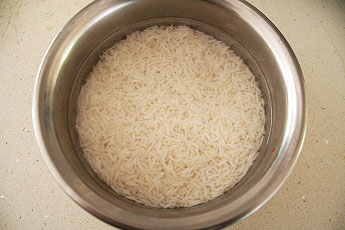 2. Drain the rice and add the required amount of salt along with cumin powder and oregano. Instead of seasoning the rice, you can do this with black beans instead. Instead of simply adding the spices right on top, I find that this helps better infusion of flavors. 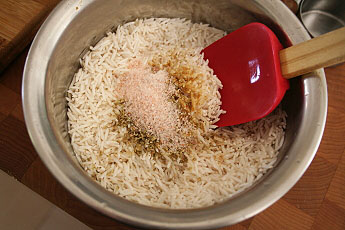 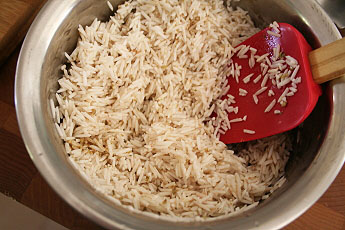 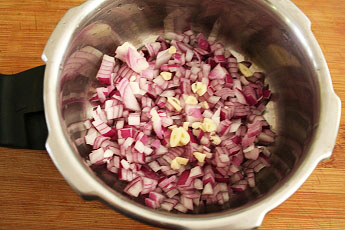 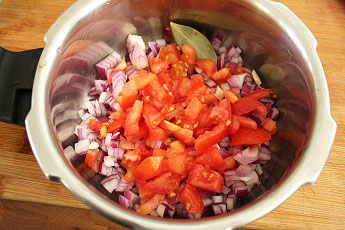 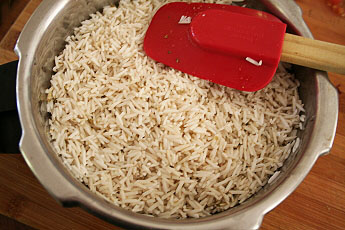 7. followed by the cooked black beans. Pour 1 cup water around the sides. 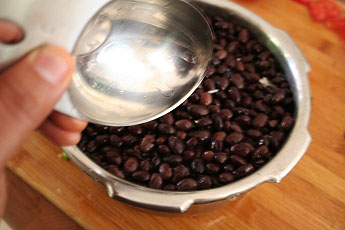 8. Close the lid along with the weight. Cook on HIGH for 2 whistles. Make sure the flame does not come up the sides. 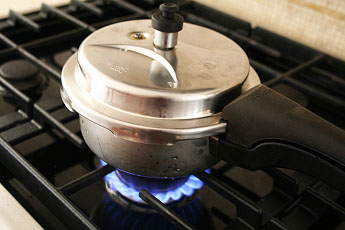 9. The pressure valve should pop out around 5-6 minutes 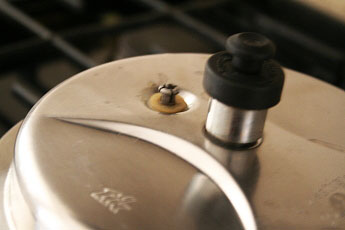 10. followed by the whistles soon after. Should be done about 8 minutes. 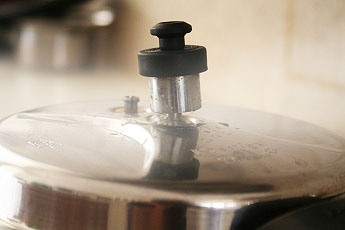 11. Switch off the heat. Let the pressure settle. 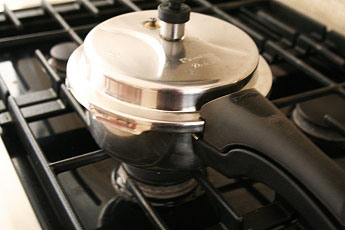 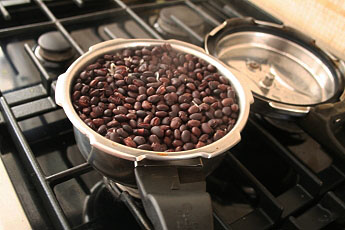 13. Using a fork, slightly stir to combine the layers. 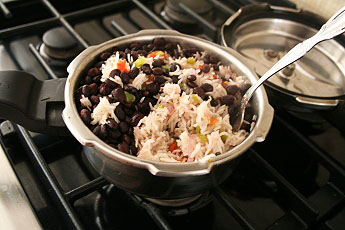 This is usually served as a side to a meat/chicken/fish based dish along with fried plantains and at times eggs. I serve it with OPOS Boiled Eggs, sliced cucumber and some avocados for additional nutrition/healthy fats. 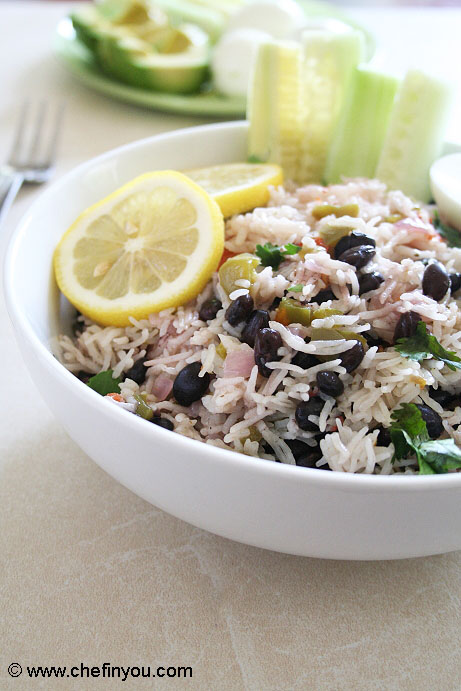 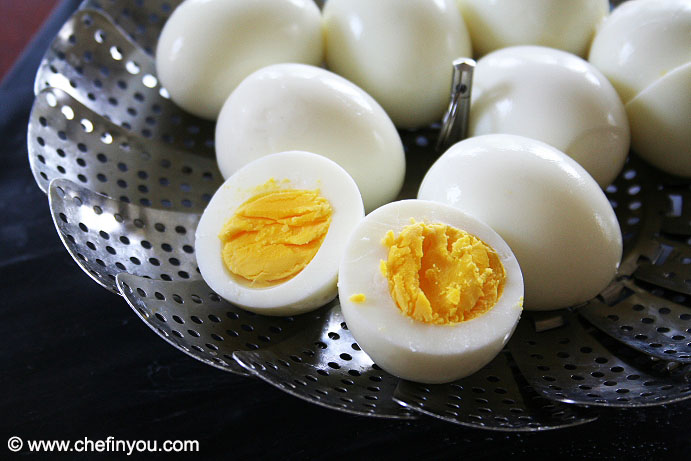 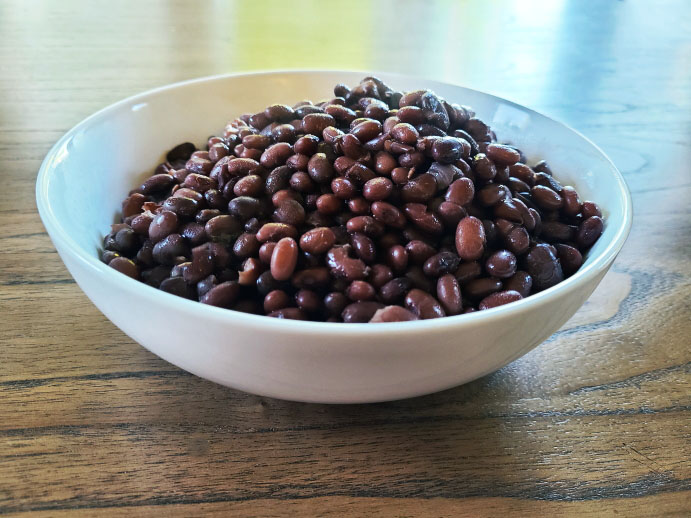 My recipe notes ( put together from various cookbooks and online resources)

Wonderful quick recipe. A question: Bell peppers are mentioned in ingredients but not in the detailed recipe. When do we add them in the cooker?

OH yes, you are right! Sorry for the lapse. Its right before adding rice. --DK

Cuisines around the world come together on my menu sheet enabling not only variety but also ease by bringing all good things in a meal. Take this Cuban dish for example. Legumes and rice provide complete protein. Moros Y Cristianos is a cuban version of the popular combo of rice and beans. It has an interesting origin. Wiki explains:

Thanks for sharing such a delicious recipe with us.

This is delicious! I will prepare this evening for my partner. Thank you very much

I'll be doing this recipe in a Casori Pressure pot so it will be basically the same procedure I'll just have to play with the times! I like the looks of your recipe because normal Moors and Christians is usually kind of muddy looking! I like the clean look of this one! Will let you know when I do make it!!!